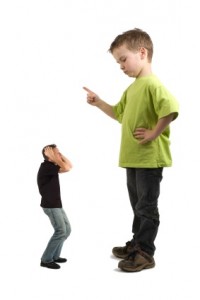 What is it that the President of the United States always says in Blockbuster movies when he or she is taken hostage? Oh yes… “The United States will NOT negotiate with terrorists!”  It is said so adamantly that one would assume this would be the case through any crisis.  If you are a terrorist, you can be pretty certain that you won’t be able to convince the good ol’ US of A to negotiate despite human suffering, unjust treatment and ridiculous threats to do the world harm, and yet everyday the tiny terrorists in my life are able to negotiate everything.

Despite the United States of America not negotiating with terrorists, parents certainly make it a practice every single day!  These energy-sucking tiny terrorists that we gave birth to can exasperate one’s mental abilities in mere nano-seconds.

Take my 4 year old son for example.  If you googled the phrase, “If you give someone an inch, they will take a mile,” his beautiful blue eyes would certainly appear right next to it.  Since the day he learned how to talk, he has been a master negotiator.  Or perhaps even before he could talk.  We are a part of the peace-love-zen parenting generation that teaches their children sign language at a young age to help them communicate until they can use their words.  B’s first sign was “more.”  One of the first ten words he ever vocalized was “please.”  As he started to work on his phrasing, he frequented ones like, “More, please.”  “Need that too.”  “One more time.”  And “My try too?”  He was never happy with just one goldfish, only one race car toy, that one last time down the slide, or for someone else to open the play dough container.  No, no.  If you gave him anything, he needed more of it and in a quicker way than you were able to give said item to him.

Fast forward to his early toddler years, when he had skilled marksmanship in word usage.  I vividly remember a great friend watching the exchanges between my firstborn and myself, and her quiet (yet meaningful) observation of: “Wow, he negotiates everything, doesn’t he?”  as he rallied up for his preferred order choice in how to leave the park.  As this negotiating thing was unchartered territory for her daughter at the time, she had no idea that this line of lawyer-esque backtalk was even an option at this young age.  Now that my darling mini human is almost 5 years old, I would put my money on him to argue in a court of law – AND WIN – any day of the week.

Typical exchanges on any given day at my house….

Parent:  “B, it’s time to wake up.”
B:  “My eyes won’t open until they are awake and they can’t wake-up until you aren’t standing there.  Go out into the hallway and THEN I will get up.”  (Note:  Once a parent is tucked back into the hallway where they belong, is there any chance in the world he’ll ever get up?  Answer:  No.)

Parent:  “B, you have 5 more minutes until you need to take a bath.”
B: (Insert pleading eyes and dimpled cheeks) “But I’m almost done with this race and Lightening McQueen is in second place but Chick Hicks is in first and Lightening has to pass him because that is what happened in the movie so if I don’t finish I’ll be quitting and you told me I have to finish things that I start and not be a quitter.”  (Note:  Our advice that he is now quoting verbatim, and throwing back in our face, originated from the time he wanted to quit swim lessons – because his eyes were getting too wet.  Subsequently, he did NOT win that negotiation!  Come to think of it, not only did we stick to our guns and make him finish his swim lessons, but by the end he was actually ENJOYING it again!!  So HA little terrorists!  Mommy & Daddy won that one!!!!!!!!!!!)  Sorry, I digressed…….

Now, if you’re from a certain school of thought (Example = My Dad’s generation), you would CLEARLY see that kids today are spoiled.  OBVIOUSLY, the voodoo form of over-talking that parents of today do is insane and you just need to put kids in their place and not let them “win” the battle.

In fact, even if you are in (my) spirited generation of parents who encourage kids to discuss their emotions and “use their words” to say what is on their mind, I’m sure you’re reading my above words in disgust.  I can hear you now…. “Ehhhhhh.  How can she complain that her kid won’t respect her when OBVIOUSLY she lets him do whatever he wants.  He just needs boundaries and discipline.  Her poor son doesn’t have limits.”

Well….. Not only do we have limits, but we set boundaries and deliver consequences that reinforce cause and effect on a daily basis.  It’s not that I don’t understand these basic parenting principles (Oh, and did I mention I’m a teacher with many hours of my degrees in childhood psychology??).  While I consider myself to be anything but a naive and unprepared parent, I do consider myself to be a parent.

A parent, by definition, is a human being with offspring.  Said offspring can sometimes run amuck, which leads said parents to possibly act on pure survival skills at times, which could manifest into a partial breakdown in parenting responsibilities.  Sometimes, this looks like negotiating with a toddler.  Sometimes, these negotiations set us back a bit in our credibility with the , offspring that we brought into the world.

Sometimes, I truly think it would be easier to have the weight of a nation on my shoulders than to decide if I should open up the flood gates of letting my 4 year old stay up the 5 extra minutes at bedtime.

While I don’t envy you and your choices with your terrorists, Mr. President, you shouldn’t judge my choices with mine!

A Life Around Learning: How To Study As A Busy Mom

31 Days of Presence Over Presents 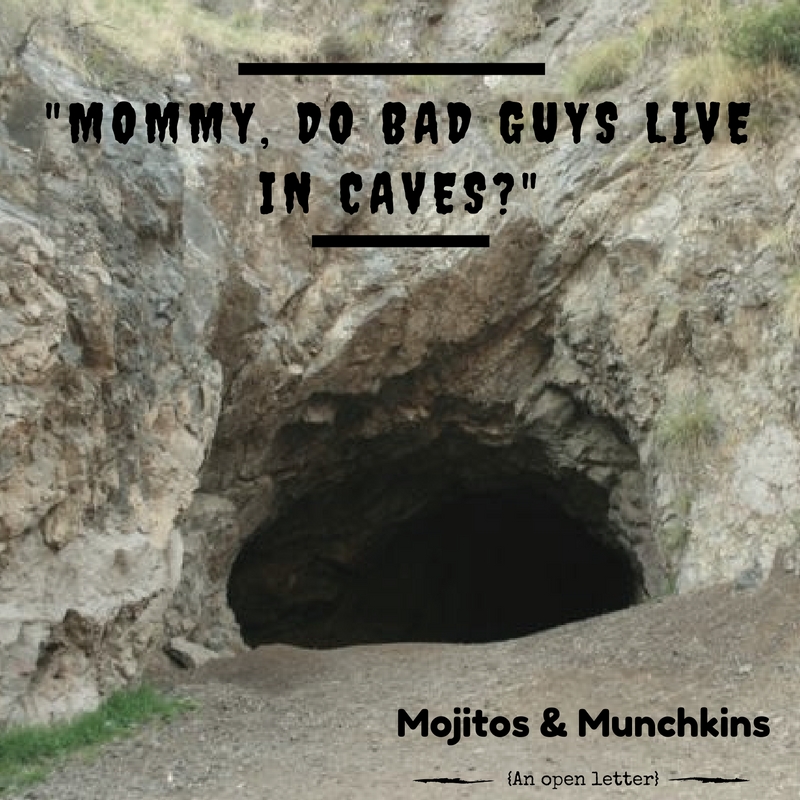 “Do bad guys live in caves?”